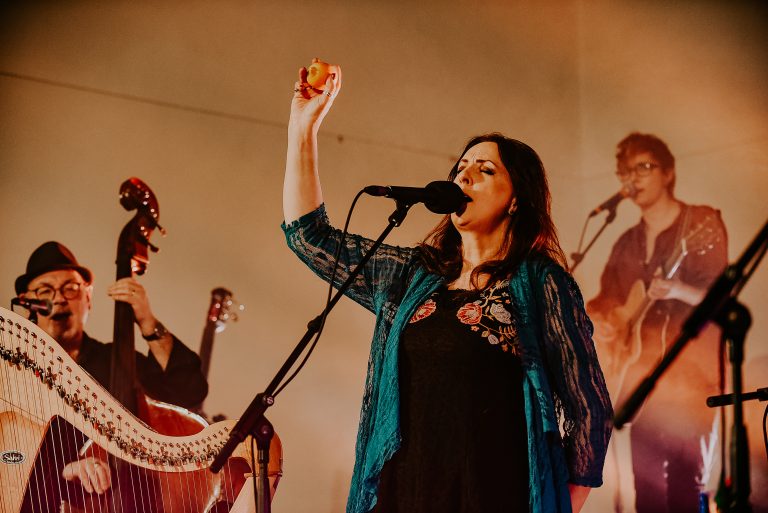 The name ‘Clannad’ will have the hearts of many a music aficionado beat faster! The legendary family band is founded by the same Brennan clan that gave birth to Enya and Moya Brennan and it certainly is part of Irish music heritage. The world-famous band bids farewell to its fans in 2022, with the international farewell tour In A Lifetime.

Clannad
Major songs as the film soundtrack Harry’s Game en I Will Find You are etched in everyone’s memory. As is In A Lifetime, the song created by the band in 1985, together with U2’s Bono, that became a worldwide hit straight away. Clannad’s repertoire is unequalled in its power and diversity. Elements of folk, folk rock, traditional Irish ballads and New Age come together in a unique blend. This sound carries you away to the wildness and melancholy of Donegal’s landscape, where Clannad’s roots lie.

“It’s as if the break never happened, although Clannad’s new-age spin on traditional folk has always sounded timeless!” – Washington Post

Line-up
Following the passing away of founder Padraig Duggan, the remaining quartet, consisting of Moya, Ciaran and Pol Brennan, and Noel Duggan, was joined by Aisling and Paul, Moya Brennan’s daughter and son. Clannad’s timeless power and beauty is evident from the fact that the band still is immensely popular even after its 50th birthday.