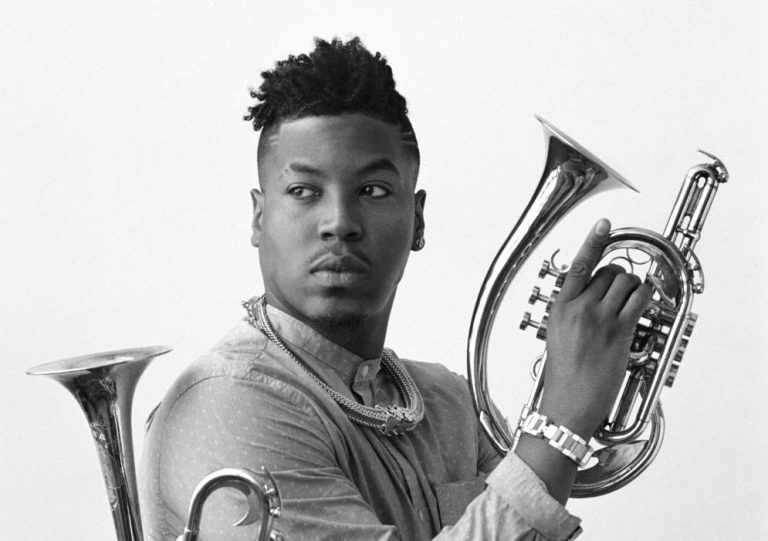 Tickets via this website, our box offices, local record store Plato and ticketmaster.nl

Trumpeter Christian Scott from New York is one of the standard-bearers of new jazz and very popular with the youngest generation of jazz lovers. The trumpeter, producer and composer has so far released eight studio albums, won two Edison awards and was nominated for a Grammy.

Scott has worked with artists such as Prince, Mos Def, The Roots, Marcus Miller and Thom Yorke (Radiohead). The album ‘Yesterday You Said Tomorrow’ was crowned ‘The best jazz album in 50 years’ by the BBC. His new record ‘Christian Atunde Adjuah’ was also very well received. But it’s live that Scott truly shows his full potential and enchants the audience with his whirling improvisations.

“By contrast, from the opening bars of “Fatima Aisha Rokero 400″ through the near two hours of music that follow, there is no doubt where Scott is coming from—and he does not need lyrics to make his point.”

★★★★★ Albumrecensie aTunde Adjuah – All About Jazz