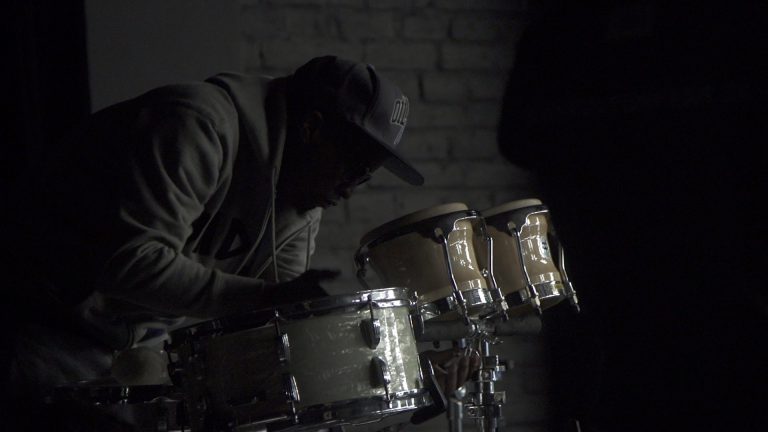 Helaas is het concert van Chris Dave & The Drumhedz geannuleerd vanwege uitstel van de album release. Chris Dave:  “We want to postpone the tour to next year to assure that the fans get the best show, and can experience the music from the new Drumhedz album set to be released next year.” Bezoekers zijn middels email geïnformeerd.

Chris “Daddy” Dave is not unfamiliar with the world. He not only played together, but also recorded albums, with artists as Adele, Maxwell, D’Angelo, Beyoncé, Lupe Fiasco, TLC, Erykah Badu, Common, Toni Braxton, and Ed Sheeran. In addition, he was mentioned on the Rolling Stones’ list of 100 best drummers of all time. Dave’s eccentric way and style of drumming and his capacity to adapt to every possible musical setting, be it jazz, hip hop, or R&B, make him unique. He brings his characteristic sound to every production and so creates a vibe only he is capable of.

Chris Dave was born in Houston, Texas, and this is where he started his musical career in the 1980s. By tradition he started playing in the church choir, inspired by jazz legends as Miles Davis and John Coltrane, who he listened to together with his dad. He flourished as a drummer and graduated from Houston’s prestigious High School for the Performing and Visual Arts. He then studied at Howard University in Washington D.C., where he founded the R&B band Mint Condition in cooperation with Prince-allies Jimmy Jam and Terry Lewis. And so the door was opened.

Chris Dave and the Drumhedz is a musical collective, led by Dave, with continually changing strength. This collective’s shows take their audience on a journey through various genres. They perform their own songs as well as covers of for example Jimi Hendrix, D’Angelo, and Radiohead. Always energetic, always different. This time, Chris Dave will be performing with colleagues Frank Moka (percussion), Kebbi Williams (saxophone), Saunders Sermons (trombone and vocals), Nick McNack (bass), and Bobby Sparks (keys) and show De Oosterpoort what he is good at: drumming. Do not miss it!