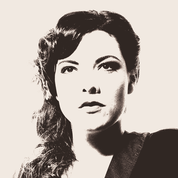 Caro Emerald is bringing the ‘Emerald Island Tour’ to De Oosterpoort on 10 March! Caro Emerald is mainly known for her major hits ‘Back It Up’, ‘A Night Like This’ and ‘Stuck’. With these hits Emerald and her band conquered the Netherlands, but the rest of Europe as well. They won innumerable national and international awards and were awarded with gold and platinum no less than six times in the Netherlands.

The ‘Emerald Island Tour’ is her most extensive tour yet. After she has performed in the Netherlands in 2017, Caro Emerald will tour the United Kingdom and Ireland; 25 concerts including a performance in the already nearly sold-out Royal Albert Hall in London. She returns to one of the most well-renowned and prestigious venues in the world, where Caro Emerald performed for the first time in 2013. But before that Emerald is visiting Dutch cities, including Groningen!