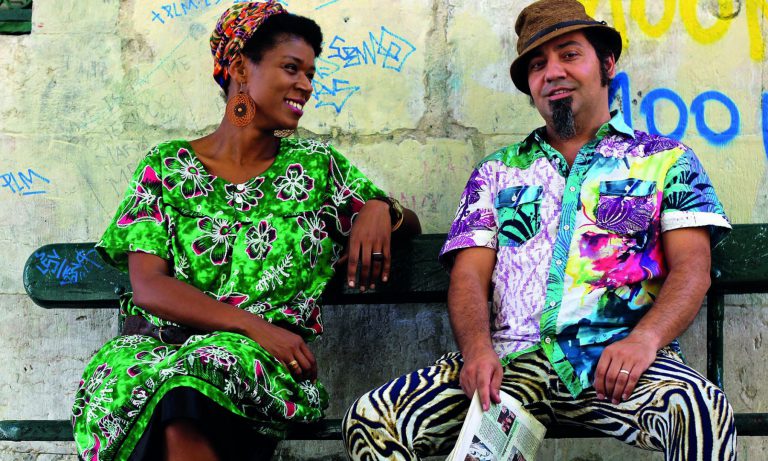 Passionate morna, fado and jazz
The Portuguese-Cape Verdean singer Carmen Souza (1981) performs passionate Cape Verdean rhythms and melancholy fado with the freedom of jazz. With solo albums such as ‘Ess E Nha Cabo Verde’ (2006) and ‘Verdade’ (2008) she made a name for herself internationally. Crucial for her success was her encounter with the Portuguese Theo Pascal, one of the best bassists in the jazz and world music scene. End of April, Souza presented her new album ‘Epistola’ at the prestigious international jazz festival Jazzahead in Bremen, on which Pascals elegant and melodious bass play frames Souza’s refined interpretation of morna and fado. With this same jazzy cast this ‘Cape Verdean Ella Fitzgerald’ is coming to Groningen.

“Souza’s voice is striking, strong but flexible, with an attractive rasp and the odd sigh or cry emphasising the songs’ sentiments; overall, this is a highly unusual mix of Cape Verdean rhythms, jazz and soul. ”