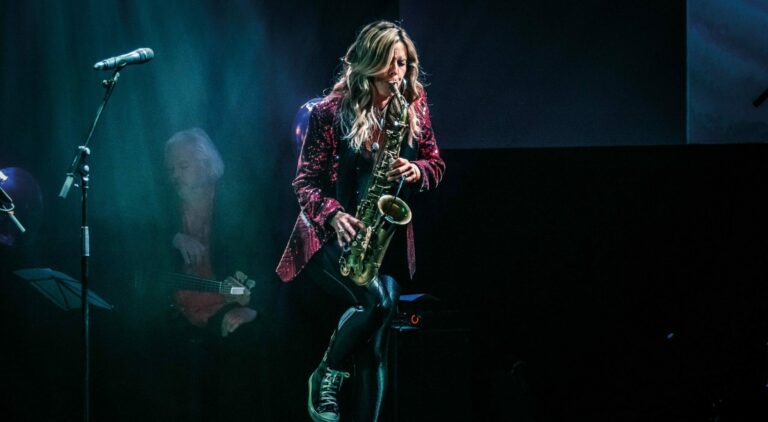 Of course, there will be lots of sax, but Candy will also – with verve and humour – talk about some of her adventures with world stars such as Prince and Van Morrison, her experiences on the road and the pros and cons of having a worldwide number 1 hit before you are twenty. She talks about her early beginnings with a brass band, how she ended up in Rosa King’s band at the North Sea Jazz Festival as a teenager and what it’s like to be the boss of a band as a woman. But above all, the woman who collaborated with Beyoncé, Aretha Franklin, Blondie and Pink Floyd, to name but a few, will be performing some wonderful songs with her three fellow musicians.