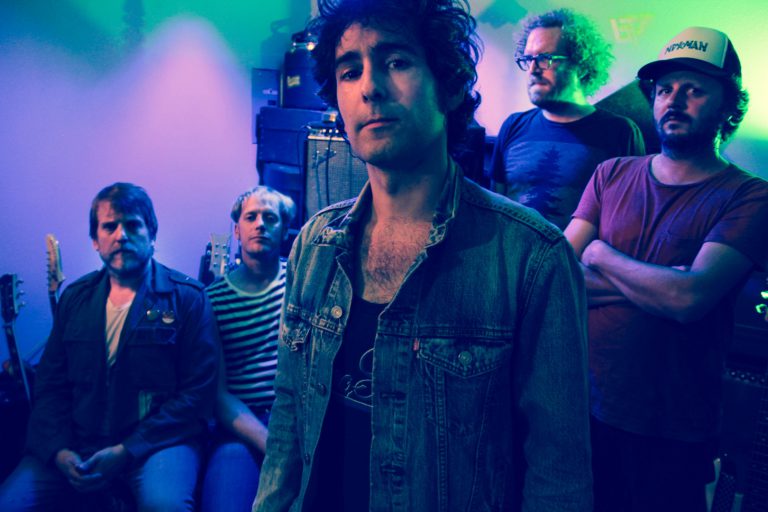 Johnny Cash meets The Kinks. The American Blitzen Trapper is breaking new ground with their focus on country, folk, pop, and psychedelic rock. On 15 April this Portland band will bring their unique ‘hillbilly-gangster’ sound to Groningen.

Psychedelic experiments, folk rock, and grunge
Blitzen Trapper was founded during a time of psychedelic experiments, folk rock, and grunge: the early noughties. Their first three albums were released by their own label LidKerCow. Even though they did not attract the audience’s attention right away, Rolling Stone listed their third album’s title song number 98 in their list with the 100 best songs of 2007.

Earnest crack at bluegrass, country, and folk
Wild Mountain Nation also caught attention from Pitchfork and The Nerve. The former granted Blitzen Trapper’s album 7 out of 10 stars and described their sound as “an earnest crack at bluegrass, country, and folk that’s young and brazen enough to incorporate elements from multiple genres.” The praising reviews led to a record contract with Sub Pop Records in the Summer of 2007.

Blitzer Trapper
With their first album released with Sub Pop Record, entitled Furr, Blitzen Trapper permanently broke through. This album’s catchy pop-rock songs immediately were a great success. Rolling Stone dedicated two pages to it. The album would later land at number 13 in the Rolling Stone’s Best Albums list of 2008.

Wild and Reckless
In the following decade Blitzen Trapper released eight albums, of which Wild and Reckless is the most recent one. The folk-rockers from Portland are still not easily definable as they keep mixing genres. With the energy of a rock concert and the imagination of theatre, Blitzen Trapper tells the unforgettable stories of ordinary Americans: about the wild, dystopian reality of murderers, addicts, and shapeshifters. “It is really about music, that longing for escape, that pure juvenile psychedelia we possessed as kids laying in the summer grass gazing up at the clouds in the sky.”

Have a look at Blitzen Trapper’s website for more information about the band.