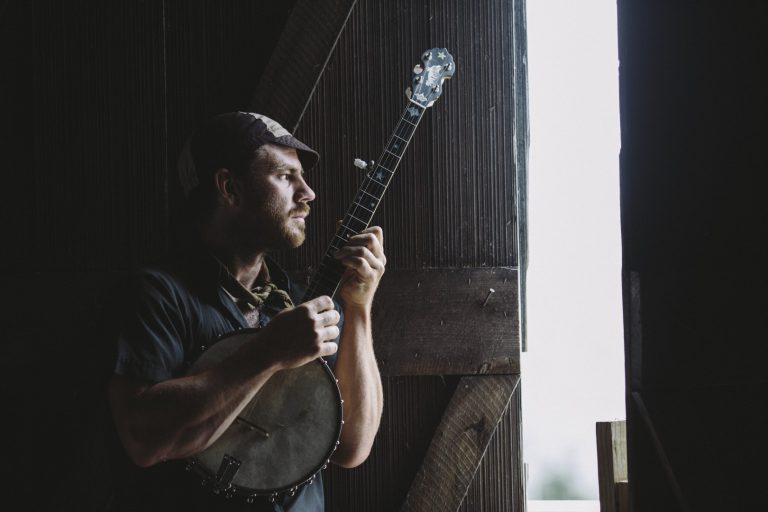 “The bike has become one of the most important pieces in helping me bring music back into my life on my own terms.”

Ben Weaver is a likeable singer-songwriter. The baritone, from Eugene (Oregon), complements his ghostly country songs with ripping steel guitars and percussion, composed of the sounds of tins, oil barrels and electronic drums. Weaver shares his ideologies live, through minimalistic songs and his sad but convincing voice.

‘I Would Rather Be A Buffalo’ is the fifth release of the frantically touring Ben Weaver. His ghostly swamp blues and sober country folk landed him with a large fan base. Weaver went from St. Paul to New Orleans to promote his last album. He travelled solely by bike, with his banjo and guitar. Weaver thus is not just a singer-songwriter, but a lover of cycling and nature as well.