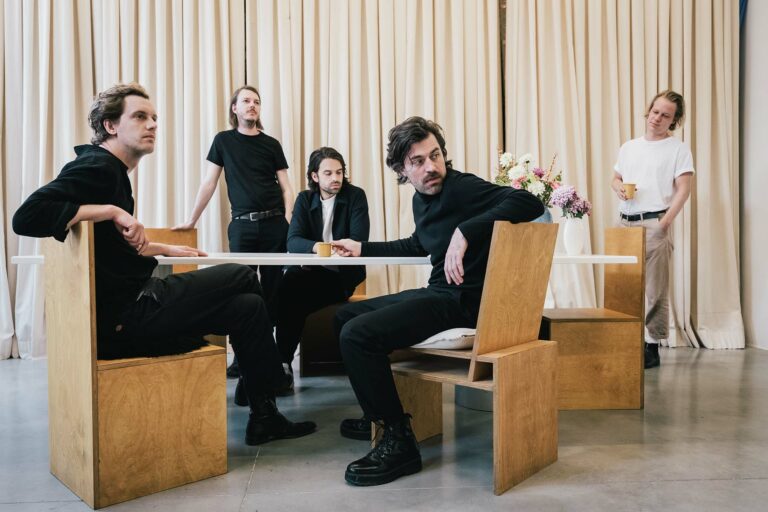 In April 2022 the Belgian indie band Balthazar will finally return to Groningen! Since its formation in 2004 the band has slowly but steadily been expanding its fanbase, gracing the stages of all European festivals of note, including memorable performances at Eurosonic Noorderslag in Groningen.

After a hiatus of six year – including a 3-year sabbatical where the three core members Maarten Devoldere, Jinte Deprez and Simon Casier focused on their own solo albums, and, of course, corona – Balthazar and De Oosterpoort will be reunited at last. Main focus will be on their fifth album, the soulful disco of Sand (2021).