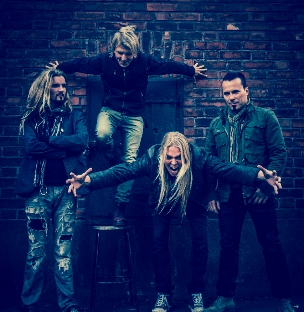 The Finnish band Apocalyptica is the odd man out. Once the men started as cellists who reworked Metallica songs for fun, but this quickly changed. Apocalyptica grew into a heavy metal band with classical influences in which the cello plays a prominent role. The music always used to be instrumental, but also contains singing nowadays.

The band debuted with an album filled with covers, but on the albums that followed the covers were exchanged for original, own songs. Now it is fifteen years later and by this time the headstrong band has gained a loyal fan base. For an evening of symphonic metal at its best you are at the right place!