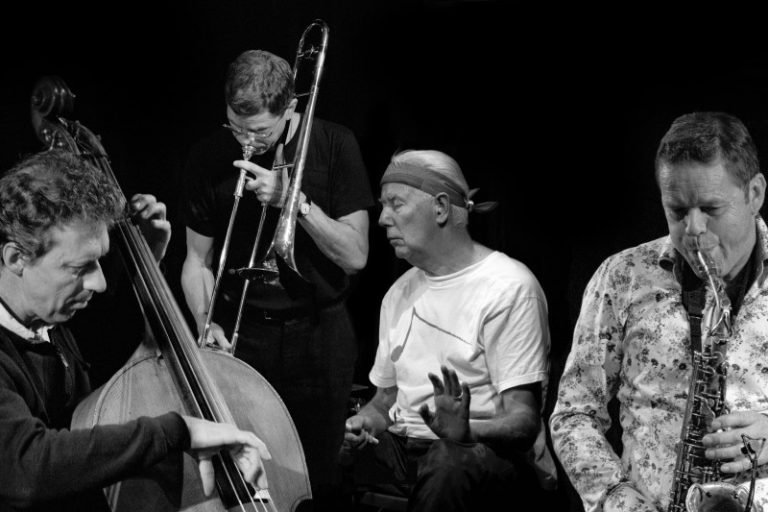 “…well, a single snare, to be precise, played colorfully with brushes, sticks and the occasional shoe.”

On 10 January the four top-notch musicians Anderson, Bennink, Glerum, and Van Kemenade are coming to De Oosterpoort. Having earned many praising reviews in international newspapers as The Guardian and having been awarded with a large number of (individual) prices, a show in De Oosterpoort of course was bound to happen.

Live reputation
National newspaper De Volkskrant indicated the gentlemen do everything a jazz concert audience can hope for and other media often judged them to be the highlight of the various jazz festivals they performed at. They did release a CD, but live the band, led by the Dutch Paul van Kemenade, creates a unique ambiance with its music. The aficionado should simply not miss this concert.