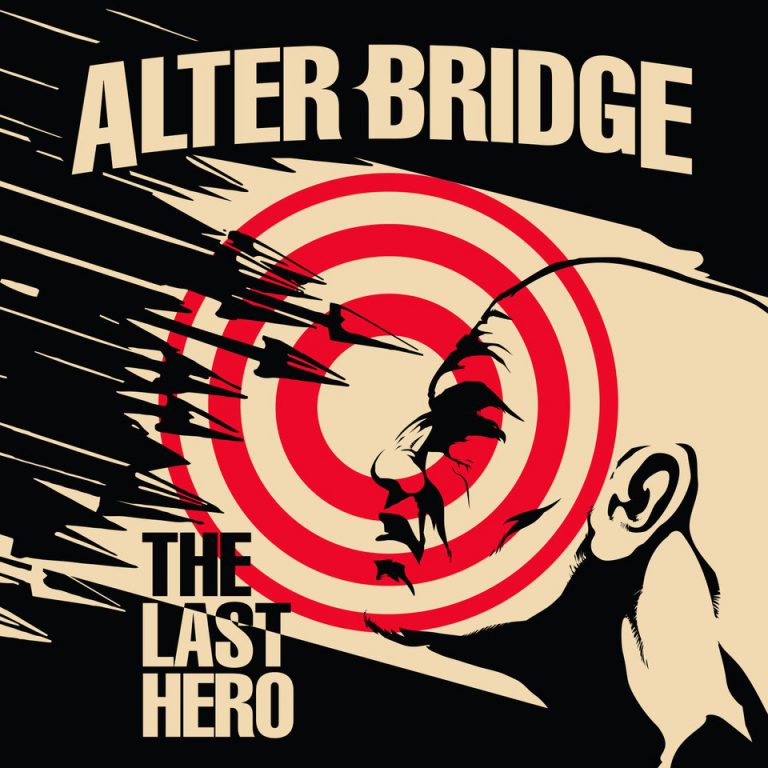 Heroes push us to excel. Their will, courage, and sacrifice can bring out the best in the world around them. As is the case with the Alter Bridge rock heroes.

Heroes
On their most recent album ‘The Last Hero’, it becomes clear why the Alter Bridge men feel connected to the world of heroes. Both thematically and musically the album is an inheritance of the heroic arts by the four Alter Bridge band members: Myles Kennedy (vocals, guitar), Mark Tremonti (guitar, vocals), Brian Marshall (bass), and Scott Phillips (drums). After the 2014 album ‘Fortress’ it was time to bring out some tricks. ‘Fortress’ was very well received: it was ranked number 12 in the Billboard Top 200, 30,000 copies were sold in the first week after release, and it received praising reviews from among others The Guardian, Loudwire, and Ultimate Guitar. Classic Rock Magazine even described it as “the best thing [Alter Bridge] has ever done”. The successor of ‘Fortress’ thus had some big shoes to fill!

The new album
With ‘The Last Hero’ these gentlemen prove they are still improving. When the four men met in 2016, their aim was very clear: release an album that is better than ‘Fortress’. Partly, the improvement was due to musical ingenuity. Fresh techniques, some alternate tuning, and a 7-strings guitar provide the album with a musical impulse. The other positive improvement lies in the album’s theme. Considering the current perils in the U.S., the hero theme is more applicable than ever before. Whether it be the lack of, the need for, or a tribute to heroes, it is all represented in the album. It is both a true tribute and a call to action.

This way, Alter Bridge hopes to stay epic for their fans. As Tremonti says: “We tried to stretch the boundaries again. The arrangement is not typical at all.” And that indeed is what they did. Time to experience this live!