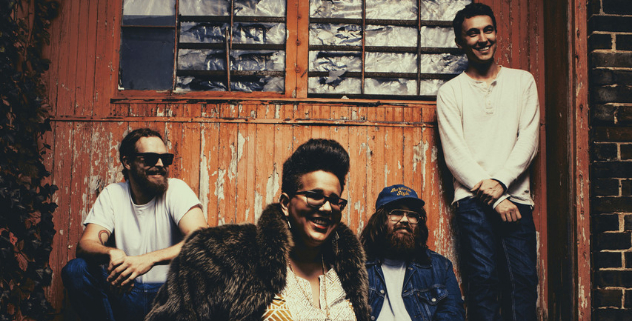 Straight from Athens, Alabama they were there all of a sudden in 2011: Alabama Shakes. Ever since they signed contracts at Rough Trade (UK) and ATO (US) the soulful roots rock band has very quickly made a name for themselves. The eye catcher of Alabama Shakes is without a doubt female singer Brittany Howard who with both her appearance and her impressive voice immediately demands all your attention.

Debut album ‘Boys & Girls’ (2012) sold over half a million copies in the Sates and reached the golden status. The band was also nominated for three Grammies. The success brought the Shakes to festivals such as Glastonbury, Newport Folk Festival, Coachella and this year’s Rock Werchter. They also gave an iron-strong performance at Jimmy Fallon’s ‘The Tonight Show’.

On the new album ‘Sound & Shakes’ you can clearly hear that the band has been ‘on the road’ a lot these last years, because the record contains a lot of new influences. The Shakes are slowly stepping off the beaten track, and the music has only gotten more exciting. And with their iron-strong live reputation, this is a concert you do not want to miss!