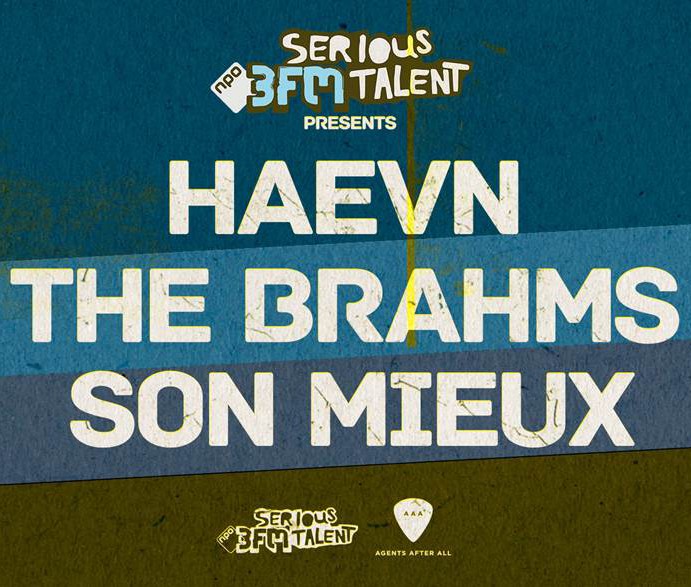 Tickets: via this website, our box offices, local record store Plato and www.ticketmaster.nl

OOR (over The Brahms)

Soundz (over The Brahms)

HAEVN is a collaboration between producer/songwriter Marijn van der Meer and composer/producer of film music Jorrit Kleijnen. This unique combination of cinematic melodies and warm vocals resulted in the intense song ‘Where the heart is’. The next successful song ‘Finding out more’ was used in a BMW commercial. A flying start for a young band.

In the year prior to the release of their first EP ‘Meraki’, The Brahms already performed in the biggest venues in the Netherlands. They for example did the after show of The Kooks in the Heineken Music Hall. The Brahms combine their cheerful, summery indie pop with melodic textures and energetic outbursts.

Son Mieux picks you up and takes you with him on a trip through his world. Joy, fun, pain, fears and maybe a strayed love story. Son Mieux writes his songs in the dead of night and that is why his music sounds both intimate and exuberant.