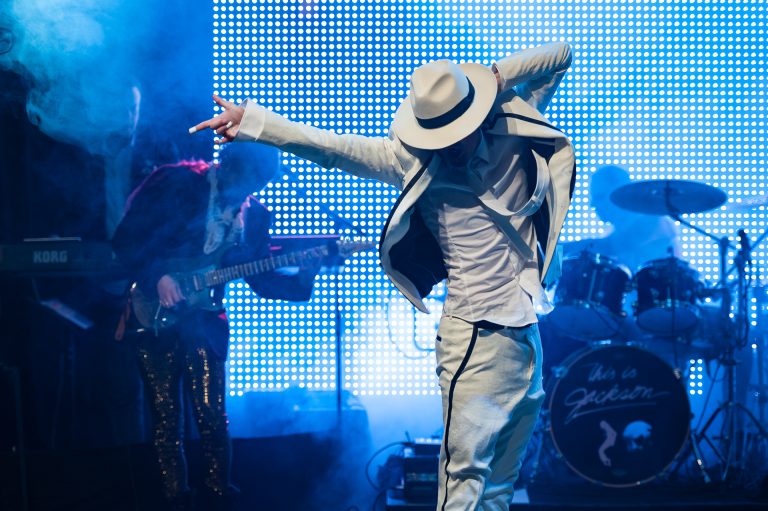 The ultimate Michael Jackson tribute is coming to De Oosterpoort. During This is Jackson you will experience a spectacular show with every musical milestone from the career of The King of Pop. With the Jackson moves, his iconic outfits, and matching visuals it is as if Michael really is on the stage.

After a year of touring with the famous album Thriller, they are now focusing on Michael’s big hits. And there are quite a few of them. From his time with The Jackson Five up to the end of his solo career, ‘This is Jackson’ has it all.

They have been paying tribute to The King of Pop in Jackson style since 2016. With a nine-piece live band, the vocals of Monty Wells, four dancers, and two-time Turkey’s Got Talent finalist Fatih Kilci as Michael Jackson, this show lacks nothing.