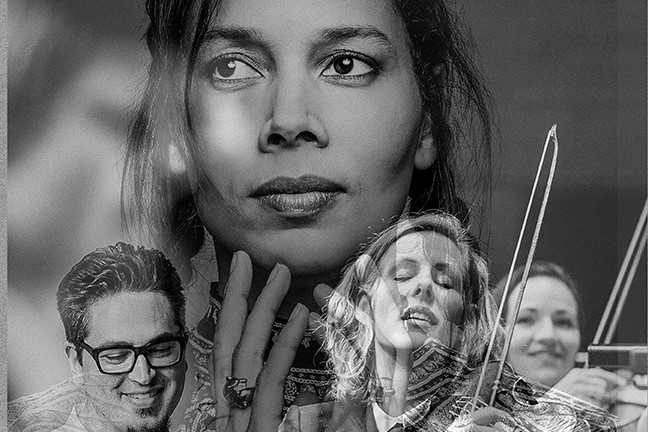 Giddens rose to fame as a member of the Grammy award-winning country and bluesgrass group Carolina Chocolate Drops. Although guitarist Dom Flemons was seen as the genius behind that band, she probably drew the most attention with her great banjo and violin playing and vocals.

Giddens likes to bring different styles together. On her solo debut, Tomorrow Is My Turn (2015), she gives a beautiful twist to the songs of Sister Rosetta Tharpe, Nina Simone, Patsy Cline and Dolly Parton, soaked in gospel, jazz, blues, folk, and country. Her latest album, There Is No Other (2019), is a collaboration with Italian multi-instrumentalist Francesco Turrisi. The duo shows how African and Arabic sounds have influenced music in Europe and the United States. In powerful songs about origins and freedom Giddens gives voice to her ancestors in the south of the US again.

During this concert Giddens and Turrisi will be accompanied by Holland Baroque, one of the most open-minded baroque ensembles in the Netherlands.