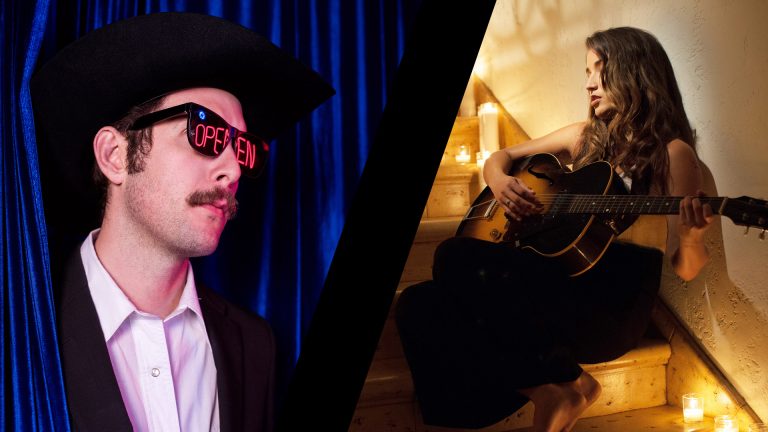 Garrett T. Capps is from San Antonio, the city in which Doug Sahm once created his Texas groove. A similar intensity breathes from Capps’s records. Although, ‘breathes’ sells him somewhat short. On 28 September this Texas space cowboy and his NASA Country band will play in De Oosterpoort.

Stormy wind
A stormy wind blows when Garrett T. Capps plays his very diverse repertoire, in which echoes of The Byrds, Gram Parsons, and Daniel Romano resound. Short and powerful at times, epic at others. Sometimes with his feet standing solidly on the ground and sometimes even as if aliens have a finger in the pie.

Praising reviews
His work has been very well received so far. Altcountry.nl is lyrical about his most recent album In The Shadows (Again): “Five stars actually still is meagre for this top-notch record.” About its predecessor Y Los Lonely Hipsters the online magazine declares: “This is Texas rock for country rollers. This is a groove paradise.” With his new album Alright All Night on its way, Garrett T. Capps is not planning on taking it easier. After its release, he will continue unabatedly, for Alright All Night is the second part of the In The Shadows Trilogy.

Alright All Night
With Alright All Night Garrett T. Capps presents a danceable country record. The album contains an intense Americana sound mixed with exuberant soundscapes and powerful space-country tunes. The space country that is characteristic for Capps. Alright All Night is planned to be released in August this year. Right on time for his concert in De Oosterpoort!