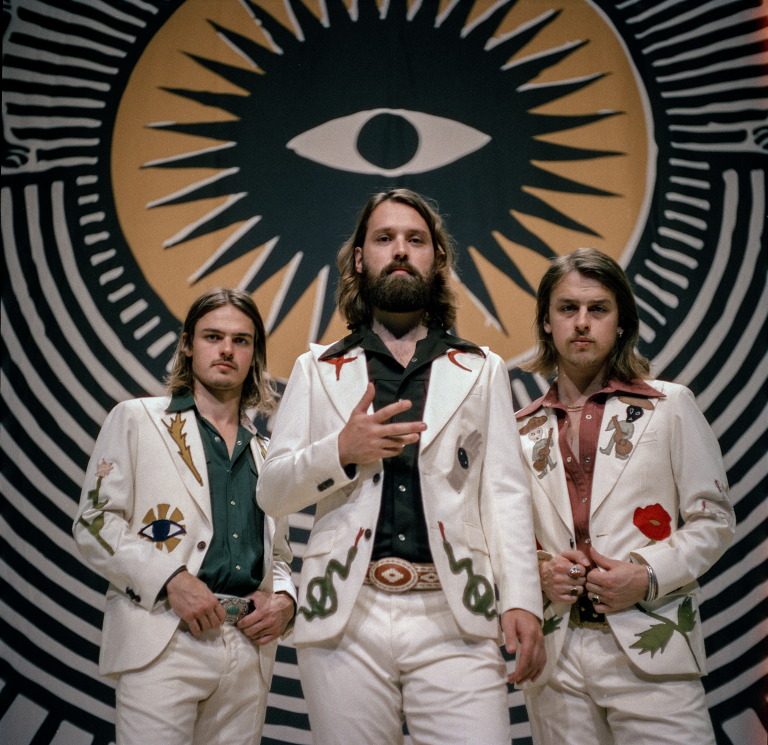 DeWolff’s shows throughout Europe are almost always sold out and festivals such as Pinkpop, Lowlands, ESNS, and Sziget are familiar ground for this power trio. The band will be playing in De Oosterpoort on 2 April on the occasion of their new album Tascam Tapes.

Robin Piso and the brothers Luka and Pablo van de Poel are among the most-driven,

-energetic, and -virtuoso musicians you will ever see. DeWolff have released 6 studio albums, 2 live albums and 2 EPs and won an Edison award for ‘Best Rock’ in 2019. Their explosive mix of blues rock with a hint of soul and psychedelia keeps guaranteeing amazing shows. DeWolff make you understand why there is still a place for music from the golden age of rock in the 21st century.

DeWolff’s seventh studio album Tascam Tapes does not resemble any other album they have released. They have not chosen to use drums, Hammond organ or guitar amplifiers this time. The new album has entirely been recorded on a 4-track Tascam cassette recorder from the ‘80s, using only portable instruments and drum samples from old, obscure soul and funk records. It was recorded during their last four-month European tour, in places such as the backseat of the tour bus, small backstages and petrol stations.