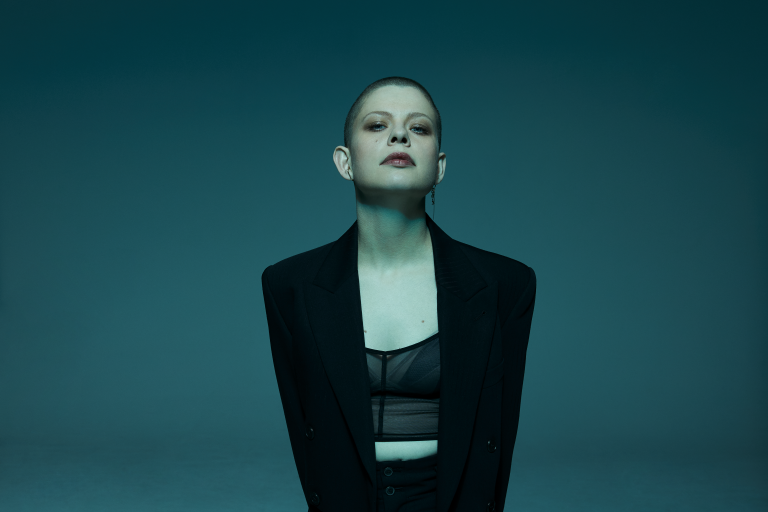 Sharon Kovacs: the singer with the shaved head and the raw and dark voice. In December this young talent will share the stage with the Metropole Orkest again.

Kovacs
Kovacs introduced herself to the world in 2013, when she released her debut single My Love, followed by performances at among others North Sea Jazz and Lowlands. Her first album Shades of Black was released in 2015 in 36 countries and became number 1 in the Dutch charts. It was clear: Kovacs is in a different league. Her raw and dark voice is heartrending and her songs are pure and sincere. Her music and unique appearance yielded her sold-out venues, multiple awards, and more than 60 million views on YouTube.

Metropole Orkest
The Metropole Orkest and Kovacs started working together in 2016 with two special orchestrations of Shades of Black in Hilversum and Amsterdam. Kovacs’s second album is currently being adapted to orchestral music. The album Cheap Smell was released in 2018 and named after the band she was a member of before she broke through. With this album, she is seeking positive moments in dark times.